Common Sources Of Damage To Tablets

Common Sources Of Damage To Tablets

A person's iPad can be an important tool for their work, and it can also be an enriching entertainment device. Regardless of the way that you use your tablet, there are a variety of damages that could render this device unusable until it has been professionally repaired.

Spilling fluid on the tablet can be one of the more common types of damage to occur to these devices. When a spill occurs, a person should immediately dry the tablet as well as possible and turn it off. This can limit the damage that occurs to it. The screen can be one of the first components of a tablet to be negatively impacted by a spill since this could cause portions of the screen to completely stop working. Additionally, it is possible for the fluid to come into contact with the tablet's sensitive internal components, which could cause the device to lose functionality or behave in an erratic way.

Sitting On The iPad

Another common source of damage to tablets can be leaving them under cushions or other areas where they may be easy to sit on. The weight of you sitting on these devices could break the screen, warp the body, and cause a host of other problems for the device. In some instances, the case of the tablet may actually crack as a result, and this could expose the sensitive internal components to a greater risk of suffering a failure due to exposure to dust and moisture. If your tablet has suffered damage due to you sitting on it, a professional repair technician may be able to restore the device, but this will largely depend on the extent of the damage to it. For example, if the tablet has suffered a destroyed screen, body, and circuitry board, it may simply be more cost-effective to replace the tablet with a newer model.

A tablet is a surprisingly powerful computing device, and this will give it fairly high energy needs. As the device ages, the battery that stores its energy will gradually start to deteriorate, and this will result in the device having noticeably reduced performance. Eventually, the battery may even completely lose the ability to retain a charge, which will force you to plug in the device in order to use it. Replacing the battery can be an affordable repair, but it can require a professional due to the challenges of accessing the battery compartment and the complexity of choosing a compatible battery for the unit. 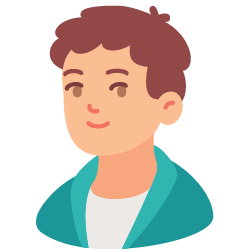 Do you like saving things? Perhaps you enjoy saving things from the landfill, or maybe you like setting aside things you have not yet needed, but may need later. Restoration is a form of saving things. By restoring an item, you give it a new use. You preserve its value, and you keep it from being hauled away as trash. Because of this, we really think there is value in restoration, and in learning more about restoration. Take a look at the articles we post here, and you'll learn a little more about the repair and restoration process as you go.